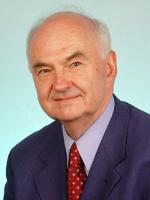 Janusz Kacprzyk is Professor of Computer Science at the Systems Research Institute, Polish Academy of Sciences, Professor at WIT – The Warsaw School of Information Technology, and Professor of Automatic Control at PIAP – Industrial Institute of Automation and Measurements, all in Warsaw, Poland, and the Department of Electrical and Compter Engineering, Cracow University of Technology, Cracow, Poland. He is Chair of the Provosts’ Council of the Department of Engineering Sciences, Polish Academy of Sciences, being responsible for the supervision and evaluation of 13 research institutes and 21 national committees in engineering sciences at the Polish caemy of Sciences. He is Honorary Professor at the Department of Mathematics, Yli Normal University, Shanxi, China, and Visiting Scientist at RIKEN Brain Research Institute in Wako-shi, Japan, and in Tijuana Institute of Technology in Mexico. He has been a visiting professor at many universities in the USA, England, Italy, UK and Mexico. He is Academician (Full Member) of the Polish Academy of Sciences and Foreign Member of the Spanish Royal Academy of Economic and Financial Sciences (RACEF).

He is President of the Polish Society Operational and Systems Research Society and Past President of IFSA (International Fuzzy Systems Association).

He is Fellow of IEEE and IFSA. He received The 2005 IEEE CIS Fuzzy Pioneer Award for pioneering works on multistage fuzzy control, notably fuzzy dynamic programming, in 2006 The Sixth Kaufmann Prize and Gold Medal for pioneering works on the use of fuzzy logic in economy and management, in 2007 the Pioneer Award for Outstanding Contributions to Granular Computing and Computing with Words by the Silicon Valley IEEE CIS Chapter, and in 2010 The Award of the Polish Neural Network Society for contributions to the Polish computational intelligence society.

His publication record is: 5 books, 50 volumes, ca. 400 papers. He is Editor in chief of 4 Springer’s book series, and a co-editor of one Springer book series, is on the editorial boards of ca. 40 journals, and was a member of the IPC at more than 300 conferences.