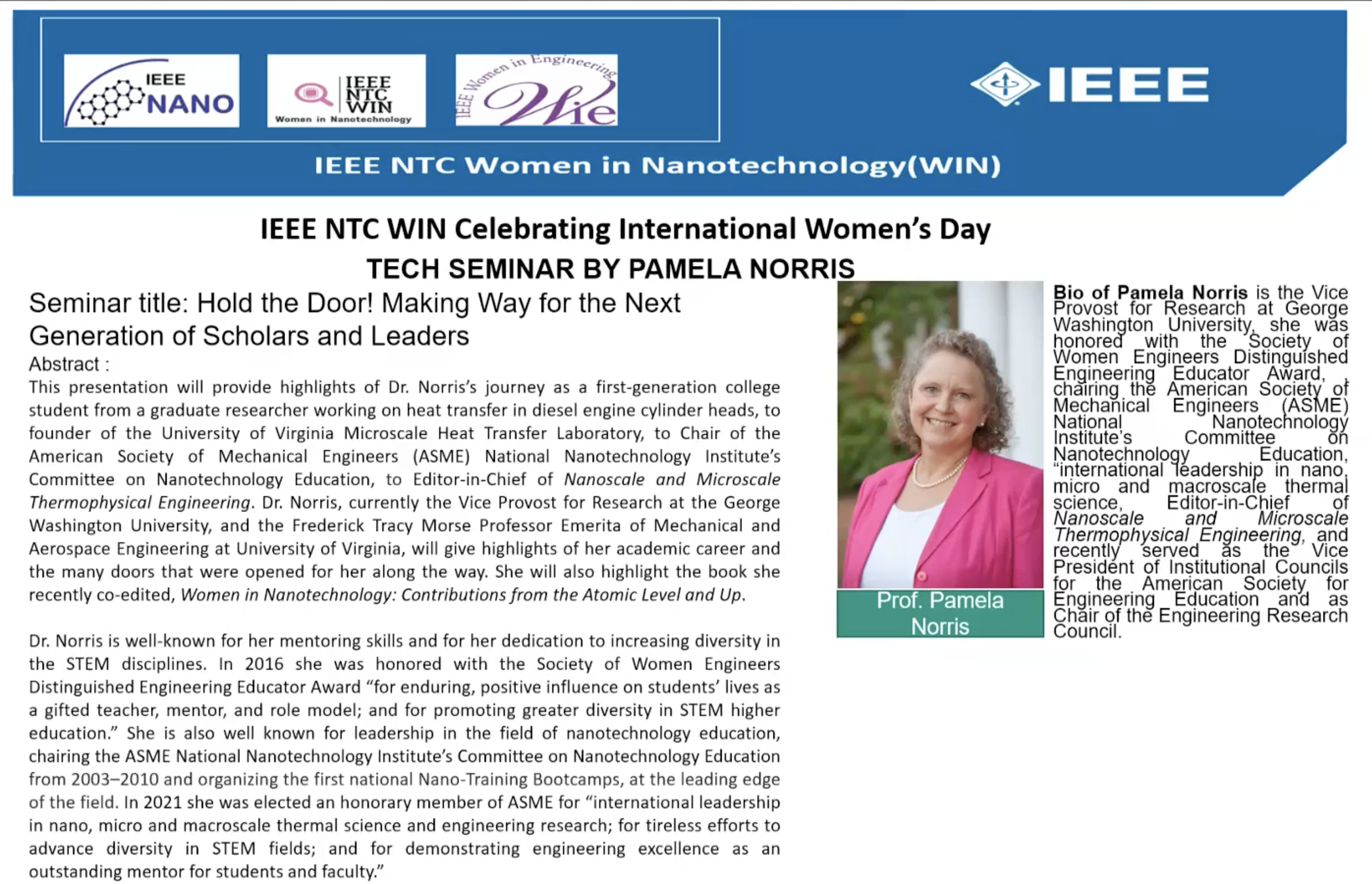 This program is accessible to IEEE members only.
Login to View

Celebrating International Women’s Day and during the WIE Anniversary event series, Dr. Kanika Singh provides the vision and mission of women in nanotechnology along with speakers Prof.Celia Shahnaz, IEEE WIE, and Prof.Pamela Norris.

Hold the Door! Making Way for the Next Generation of Scholars and Leaders by Prof.Norris

This presentation will provide highlights of Dr. Norris’s journey as a first-generation college student from a graduate researcher working on heat transfer in diesel engine cylinder heads, to founder of the University of Virginia Microscale Heat Transfer Laboratory, to Chair of the American Society of Mechanical Engineers (ASME) National Nanotechnology Institute’s Committee on Nanotechnology Education, to Editor-in-Chief of Nanoscale and Microscale Thermophysical Engineering.

Dr. Norris, currently the Vice Provost for Research at George Washington University, and the Frederick Tracy Morse Professor Emerita of Mechanical and Aerospace Engineering at the University of Virginia, will give highlights of her academic career and the many doors that were opened for her along the way. She will also highlight the book she recently co-edited, Women in Nanotechnology: Contributions from the Atomic Level and Up.

Dr. Norris is well-known for her mentoring skills and for her dedication to increasing diversity in the STEM disciplines. In 2016 she was honored with the Society of Women Engineers Distinguished Engineering Educator Award “for enduring, positive influence on students’ lives as a gifted teacher, mentor, and role model; and for promoting greater diversity in STEM higher education.”

She is also well known for leadership in the field of nanotechnology education, chairing the ASME National Nanotechnology Institute’s Committee on Nanotechnology Education from 2003 to 2010 and organizing the first national Nano-Training Bootcamps, at the leading edge of the field. In 2021 she was elected an honorary member of ASME for “international leadership in nano, micro, and macro-scale thermal science and engineering research; for tireless efforts to advance diversity in STEM fields; and for demonstrating engineering excellence as an outstanding mentor for students and faculty.”

Celebrating International Women’s Day and during the WIE Anniversary event series, Dr. Kanika Singh provides the vision and mission of women in nanotechnology along with speakers Prof.Celia Shahnaz, IEEE WIE and Prof.Pamela Norris.

Speakers in this video 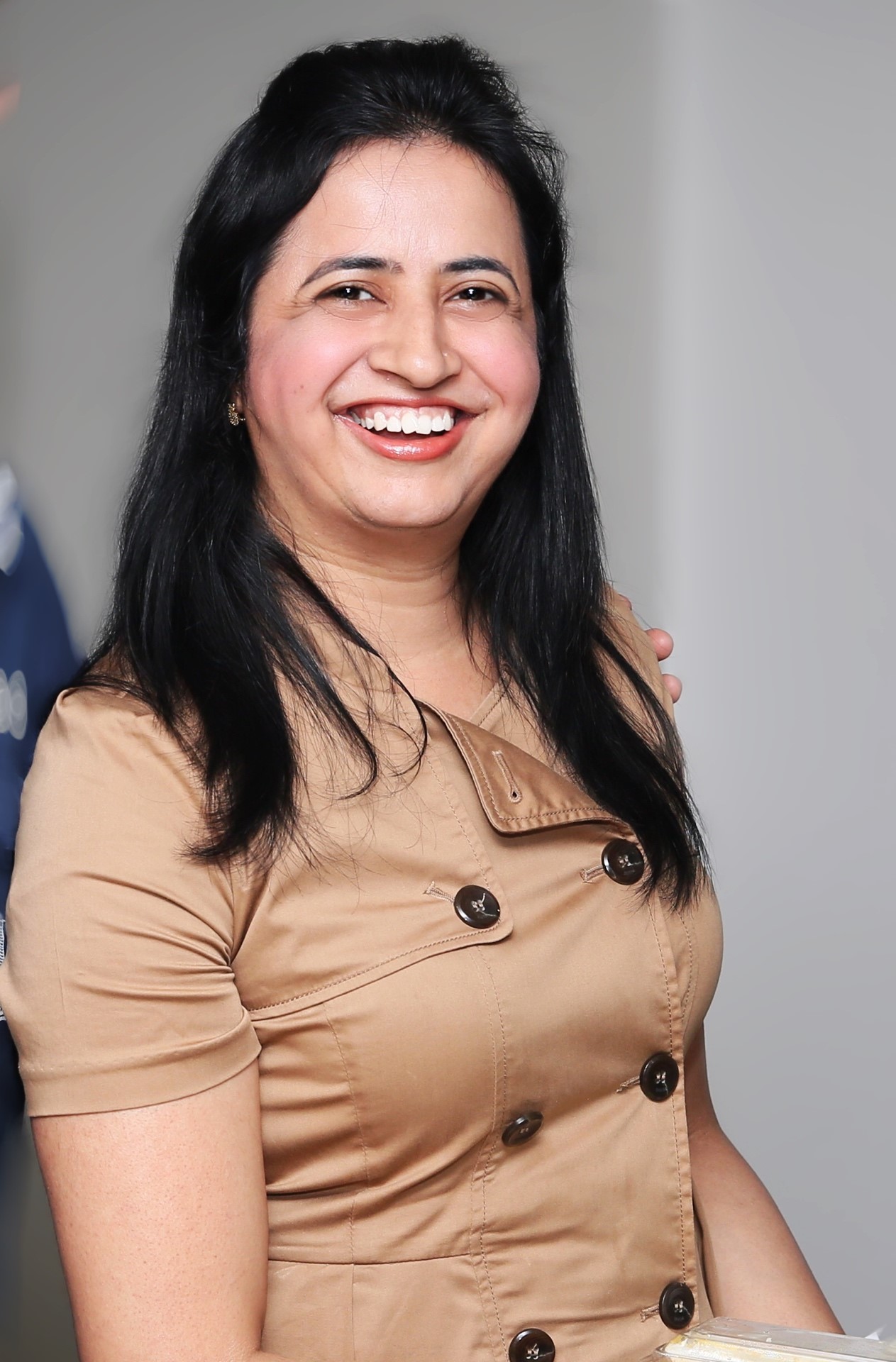